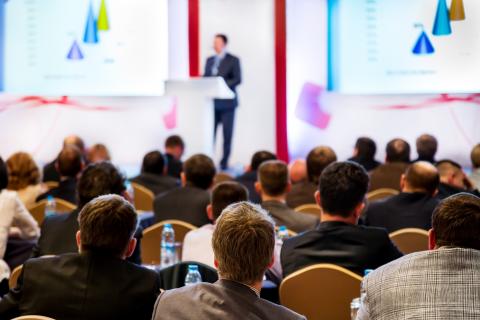 After a brief welcome address by Mr. M. Peronaci on behalf of ENEA, Maria Virdis introduced context, objectives and structure of the Climate Recon 2050 Project illustrating its main ambition to represent a forum for policy decision-makers and technical analysts/modelers to exchange views on the preparation of mid and long term climate strategies across EU countries..

The first session featured contributions from ministries and public research agencies involved in the preparation of the National Energy and Climate Plan (NECP) and now working on the Long Term Climate Strategy (LTCS).

Marcello Capra (Ministry of Economic Development) gave an overview of the Italian NECP, its objectives and main challenges. He focused on the technological aspects and on the Italian commitment in international collaboration in research (both at EU and global level), stressing the importance of investments in technology deployment. Alessandro Carettoni (Ministry of the Environment) explained the Italian policy context and the intense collaboration between the Ministry of Economic Development and the Ministry of the Environment, with the involvement of scientific institutions and agencies (GSE, RSE, ISPRA, ENEA), in the preparation of the NECP, collaboration that is being continued for the preparation of the LTCS. He also lamented the lack of synchronization between LTS and NECP, and between these and the national plan on Air quality, which translate often in a lack of policy coherence. Alberto Gelmini (RSE) illustrated the scenario work done for the NECP, focusing on power generation from renewables, on the implications for grid stability of a 55% RES share in 2030, and on the investments (in power storage and transmission lines) needed to ensure stability. He also discussed work done for Italy on 2050 scenarios consistent with 2°C and 1.5°C, and the role of technologies like CCS, power to X (gas, liquids or hydrogen) in achieving close to net zero GHG emissions. Matteo Gianni (GSE) discussed the management and monitoring of support schemes for the development of renewables and energy efficiency, illustrating the evolution of RES in Italy since 2009 and of the policies put in place or planned. He also dealt with the development perspectives of specific RES technology groups in the various sectors over the medium term.

Oliver Sartor (IDDRI) gave an overview of the European Commission’s Long-term vision on GHG neutrality (“A clean Planet for all”) and the analysis of specific pathways, comparing that analysis with the French National Strategy of carbon neutrality by 2050: main differences across the two long term views concern the role of agriculture, biomass, nuclear and CC(U)S. While nuclear will remain a strong component of the French decarbonization strategy, sectors like agriculture, manufacturing and waste management present limited potential which might be compensated by carbon sinks (forestry, soils) and carbon sequestration in achieving the long term goal. Both French and EC strategies count on an increase in renewables, electrification of final energy uses and energy efficiency in all sectors, exploiting the circular economy, transforming process technologies, and changing behavior.

The second part of the workshop consisted of a panel discussion, moderated by Giambattista Zorzoli (FREE), with panelists from representative stakeholder organizations (ENEL, an electric utility; ANFIA an automaker association; CGIL, a workers union, ADICONSUM, a consumer association). Zorzoli underlined the importance of preparing long term scenarios and strategies beyond the pure exercise in futurology. But he also raised issues for further discussion: Air quality as a powerful driver for the low carbon transition; the importance of cross cutting technological innovation and enabling technologies, often overlooked in the NECPs; the role of the Circular economy; the social impacts of the ongoing industrial transformation and of climate change mitigation policies. Many of these elements were taken up by the discussants.

For Daniele Agostini (ENEL) there is general agreement on the urgency of a long term strategy to tackle the climate emergency. However, some aspects need attention, for instance: the multiple benefits of the clean energy transition (digitalization, energy efficiency, electric mobility, change in production methods) for the environment (air quality), for society (greater energy independence) and employment (more green jobs); the new physical and regulatory infrastructures that are needed to catalyse investment in research, encourage technological development and open new markets.; the social impacts of the transition (f.i. on employment), that can only be sustained on the basis of a clear medium/long-term perspective of economic and social transformation.

Fabrizia Vigo (ANFIA) focused on the case of the Italian automotive sector (about 1.2 million jobs in all the segments of the value chain), an industry being challenged by the EU regulations to cut CO2 emissions and by the push towards a rapid electrification of the car fleets. The Italian automotive sector, specialized in conventional vehicles, is struggling to adjust to a shift of demand towards electric vehicles that will occur by 2030. Thousands of jobs, and social cohesion are at risk unless a strategy and adequate policies to smooth this transition for those adversely affected is put in place. Zorzoli added that the industrial reconversion issue needs to be addressed at all segments of the value chain but the lack of attention and coherent planning from policymakers is a reason for concern.

Emilio Miceli (CGIL) described the economic context for Italy (many years of stagnation or recession) in which change is happening, with an ongoing digital revolution that induces disintermediation at all levels, and dramatic transformation in the mobility sector. While many manufacturers and industries (although not the auto industry) are moving on their own to meet the challenges posed by the transition, government policies and a national strategy for industrial and social transformation are missing. A vision for the management of the long term transition (a rethinking of urban development and infrastructure development and the financial resources needed) is lacking particularly at the local level.

According to Mauro Vergari (ADICONSUM), citizens/consumers are aware of the environmental/climate emergency but the perceived time distance of 2050 makes planning to achieve certain objectives difficult. Backtracking, lack of coherence in government policies with the long term goals add to the daily life difficulties in implementing efficient solutions, leaving consumers with the choice among individual (small) actions (like cycling, walking, car sharing or using public transport), and without the supporting infrastructure, or information.

In his closing statements Prof. Zorzoli highlighted the remarkable accord in the views expressed by the panellists and in the concerns that emerged from the debate. He also lamented the absence of discussion of those issues in the National Energy and Climate Plans, and the lack of plans to address them.

All event presentations (in English and Italian) can be found in the attachment.